Meghan Markle & Prince Harry are not making a reality show for Netflix.

In a statement released just minutes after the rumors about their reality show were spread, the Duke & Duchess of Sussex denied the rumors, outright.

Since this is yet another lie manufactured by the British gutter press, one has to wonder, once again, what they’re trying to distract the gullible British public from.

In case you need a reminder, Prince Harry is currently suing the life out of ‘The Sun’ and its noxious publisher, Dan Wootton. In a nutshell, the gossip rag has had it in for Meghan Markle from the minute she showed up on the scene, and finally, the Duke of Sussex had enough and sued them.

That hasn’t stopped them from continuing to print mendacious lies, including this latest one about the supposed “fly-on-the-wall reality show” that would cause the William & Kate loyalists — already full of rancid hatred towards the half-Black Duchess of Sussex — to pounce.

[The reality show] will be tasteful. They want to give people a glimpse into their lives and Meghan wants viewers to see “the real her.”

Just look at the spittle-fuled rage coming out of Piers Morgan’s mouth at the thought of such a travesty, in a video you can see below. (You’re going to give yourself a heart attack one day, Piers. Seriously. Calm down.) 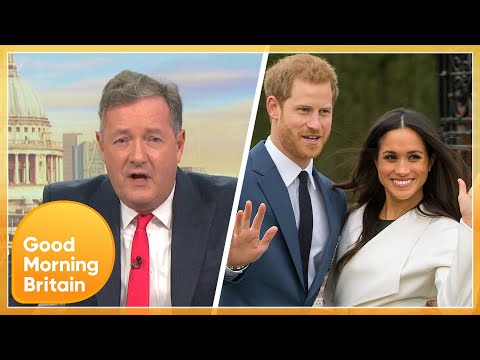 The Duke and Duchess are not taking part in any reality shows.

So now, the question begs itself: what exactly is the British gutter press trying to distract the  British public from now, when it comes to the British royal family?

There are quite a number of things that the British royal family, at the present moment, would prefer not to answer for — which is why they have no problem throwing Meghan Markle under the proverbial bus.

For starters, let’s discuss how Queen Elizabeth is currently getting a bailout from the British taxpayer. COVID-19 has caused a major shortfall in the Queen’s real estate portfolio, which is where she makes the majority of her money. Guess who’s footing the bill of the shortfall? You guessed it: the British taxpayer.

And as it turns out, their beloved royal family costs ten times more than the average British taxpayer realizes, according to recently unearthed documents.

So while the British rags attack Meghan Markle for actually mingling with celebrities, which she was as an actress, they’re conveniently glossing over how the British taxpayer is footing the bill for Kate Middleton to pretend to be “celebrity connected” as they ooh and ahh over each encounter. How very convenient!

Speaking of “connections,” there are those pesky Prince Andrew connections to convicted rapist Jeffrey Epstein, and those disgusting photos featuring the disgraced Duke that simply won’t go away, no matter how much he (and royal loyalists) wish they would.

But sure, everyone — let’s attack Meghan Markle some more.

Disclaimer: The opinions expressed in this article do not necessarily reflect the views of CCN.com.